The “Point_o_Matic Ultra” is a custon made, portable, Computer-Numerically Controlled (CNC) robotic pointing device that challenges traditional ways of fabrication and engages the integration of rule-based designs, on-site responsive designs, and their emergent qualities.

Unlike traditional CNC technologies, the P_o_M.U.’s software and hardware interfaces have been developed to allow full feedback loops throughout the fabrication process. The machine is equipped with sensors and its USB connectivity also enables network communication. From predefined rules, the P_o_M.U. has the ability to read and scan the physical output and readjust every iteration based on the result of the previous operations.

For instance, a standard 3D printer reads pre-defined geometries from the computer, translates it into stacked layers of material, and then prints each of this layers one by one, from the bottom up. The P_o_M.U. on the other hand read rules such as “go to the brightest spot” and “avoid the colour of our building material”, and repeats the process over and over. As the construction progresses, the brightest spots will be shifted accordingly, so will the actions of the machine, bringing context-responsive and emergent behaviours to the design process. 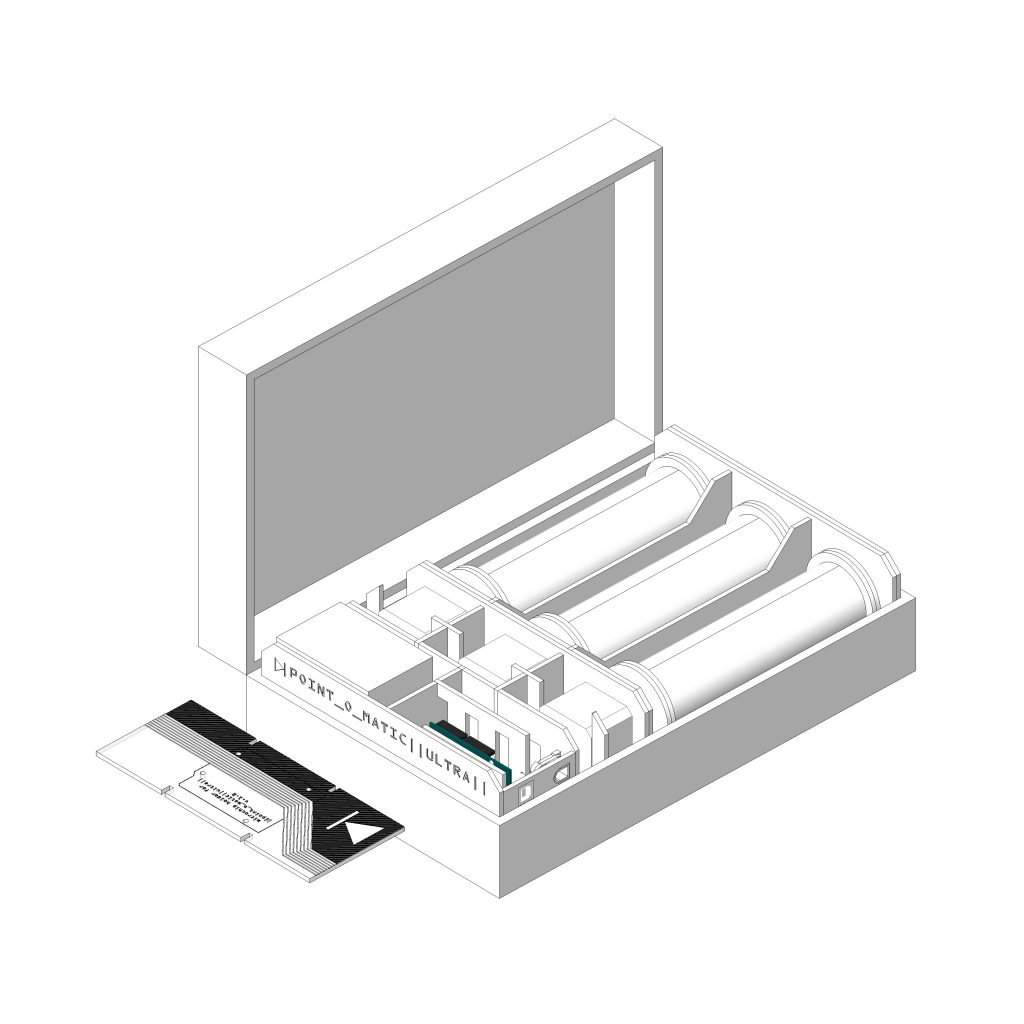 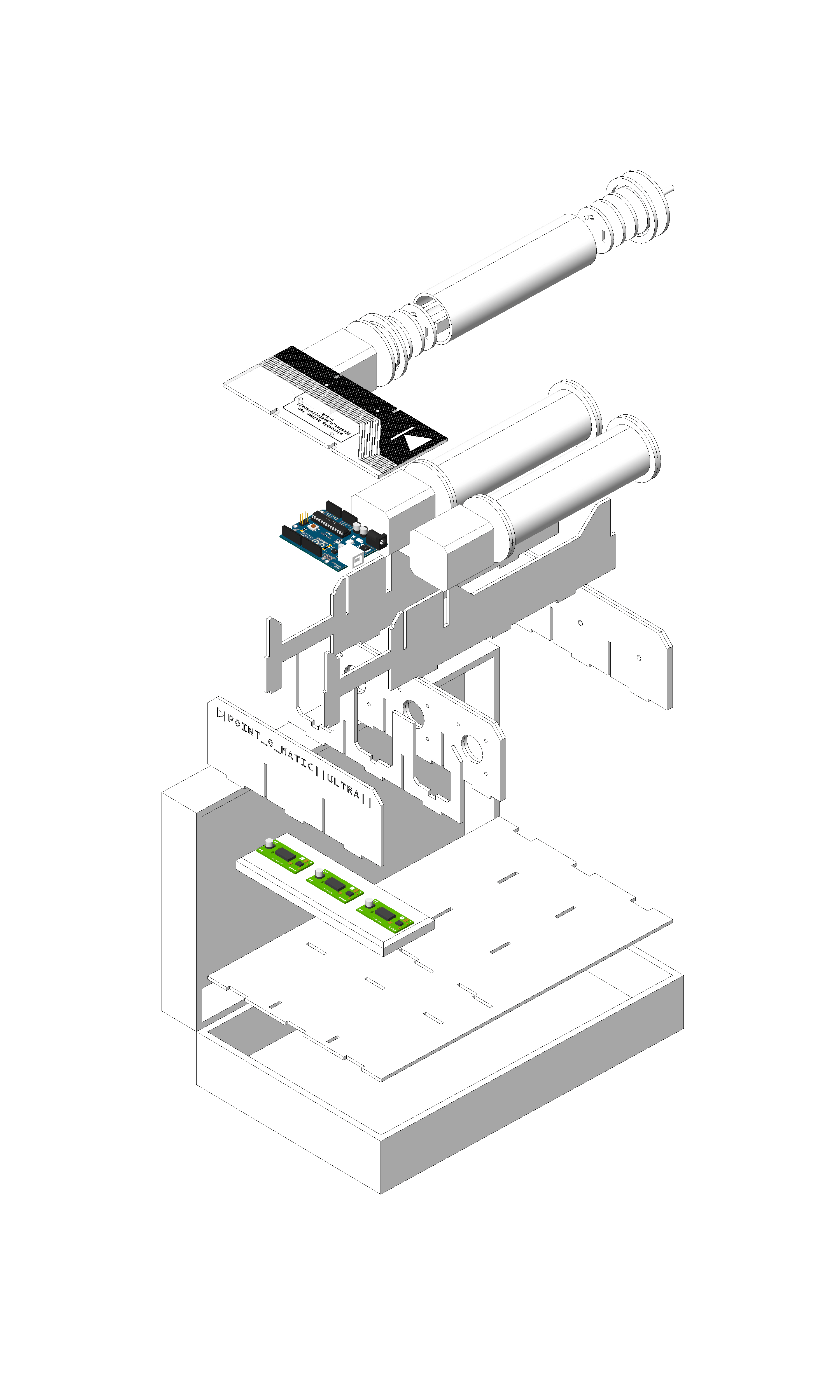 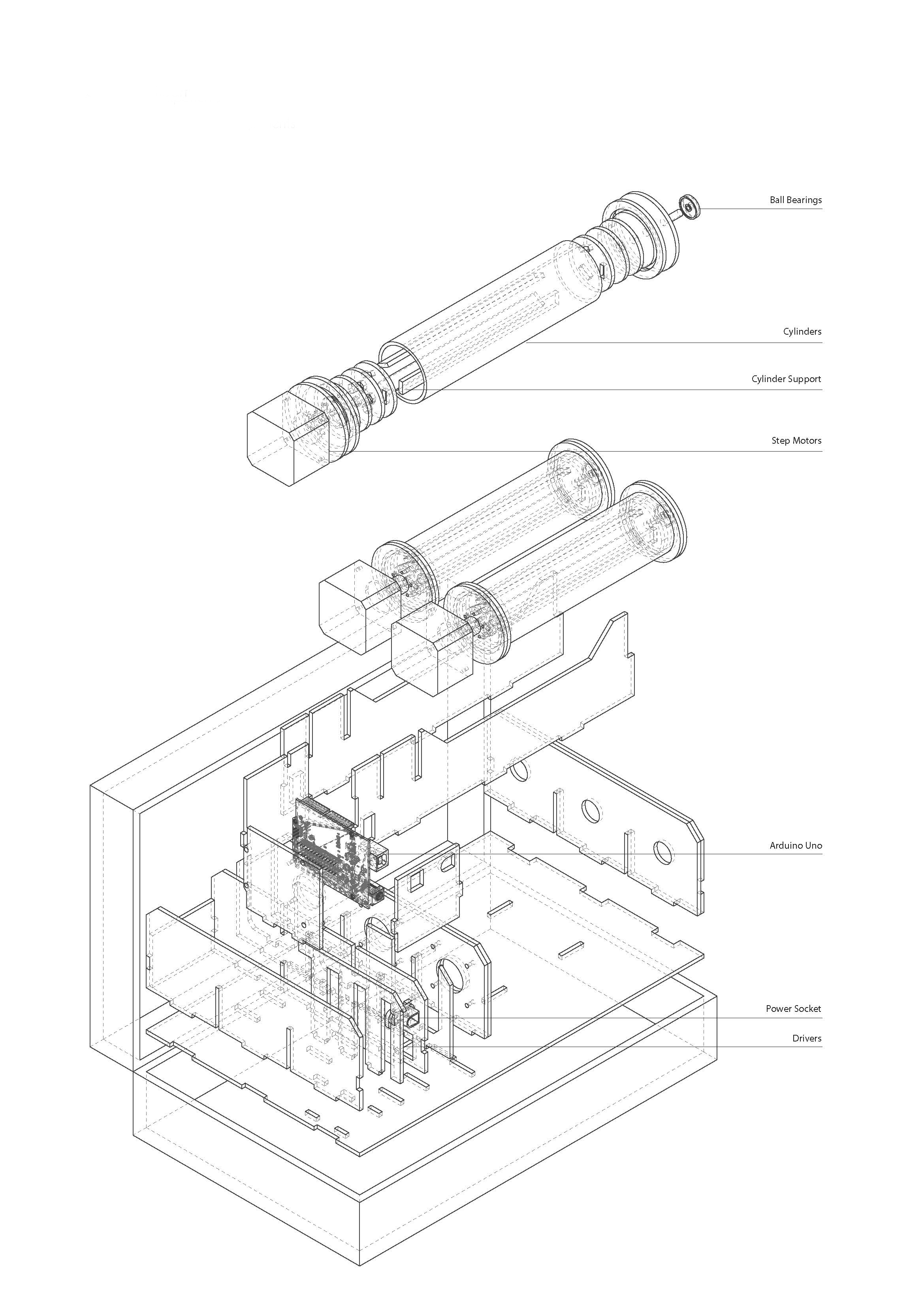 Initially, the “Point_o_Matic Ultra” has been tested during the AA MakeLab 2012 visiting school in Hooke Park. This location provided all ingredients to evaluate the on-site potential of the machine as this was a constantly changing natural context. Staff and participants studied design scenarios where each step was determined by set rules in order to illustrate the emerging qualities of this method.

A 1:1 scale prototypical blue “spider-web” was built with one continuous rope, and punctual attach points to neighbouring trees. The rules for the machine were to point to the brightest point on the site, but to avoid blue, as this was the colour of the building material.

The machine behaviour would change from daytime to nighttime as a result of brightness change, and it would constantly avoid pointing back to areas where the built fabric already got to a certain density of blue.

The “Point_o_Matic Ultra” has been developed by Denis vlieghe for academic research purposes with the support of the Architectural Association’s digital Prototyping  Lab, Jeroen Van Ameijde, and Brendon Carlin. 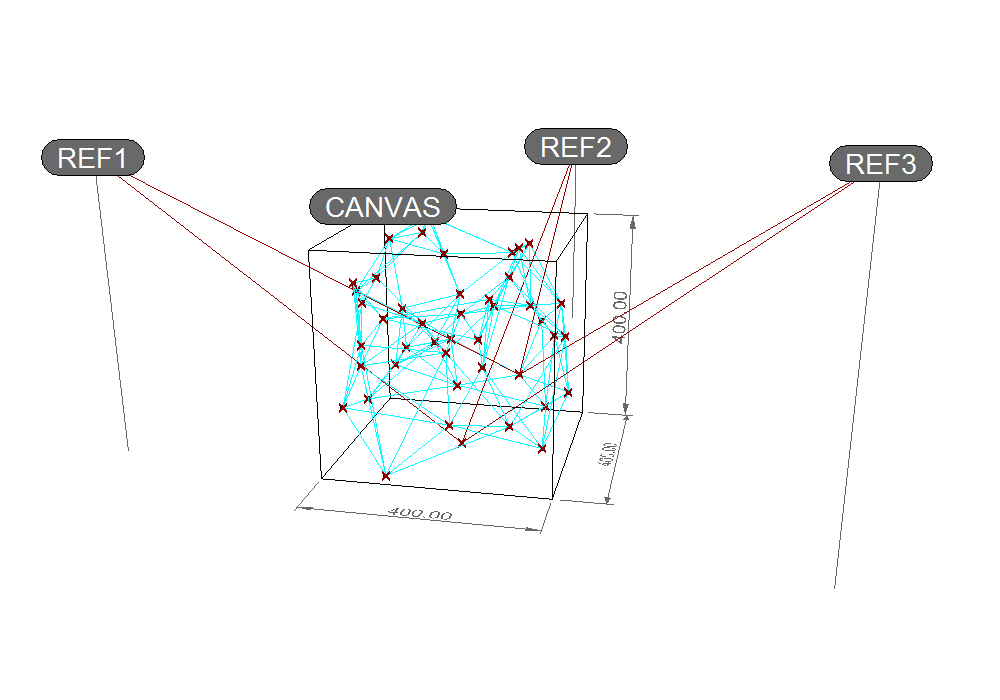 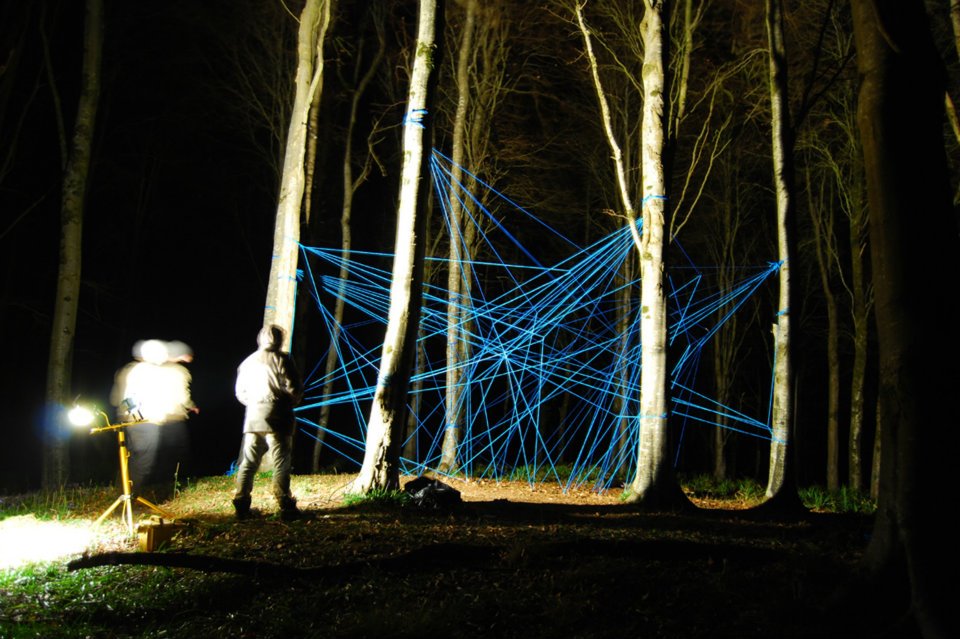 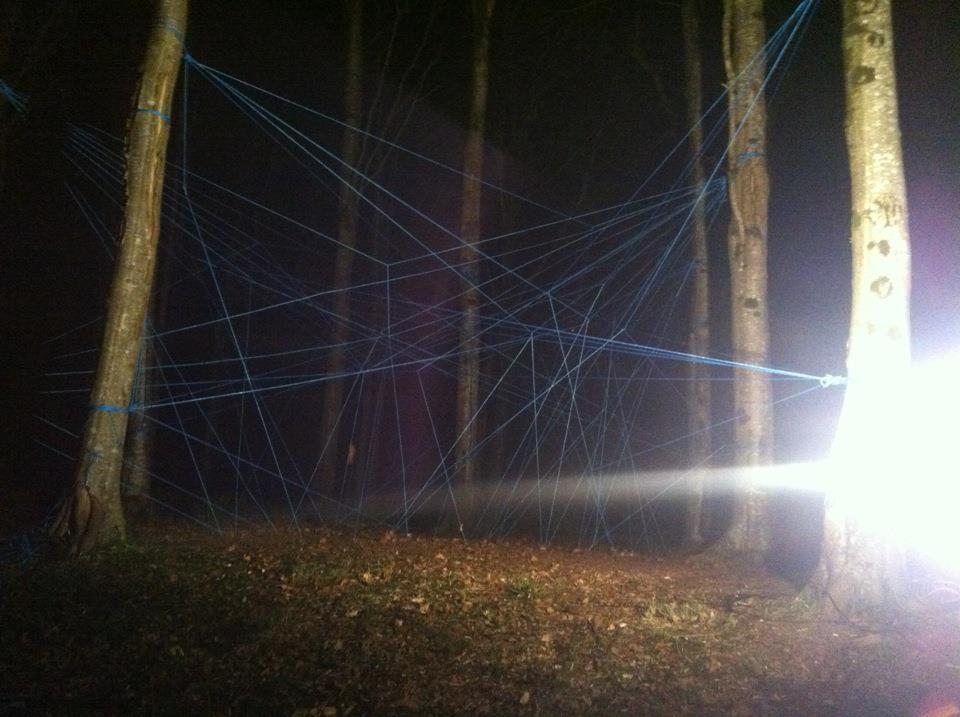 This device has been developed further in collaboration with Ryan Phanphensophon and featured in his research “A Mechanical Choreography”, where this technology was used to speculate interactive and user-based spatial augmentations and new theatrical representations. 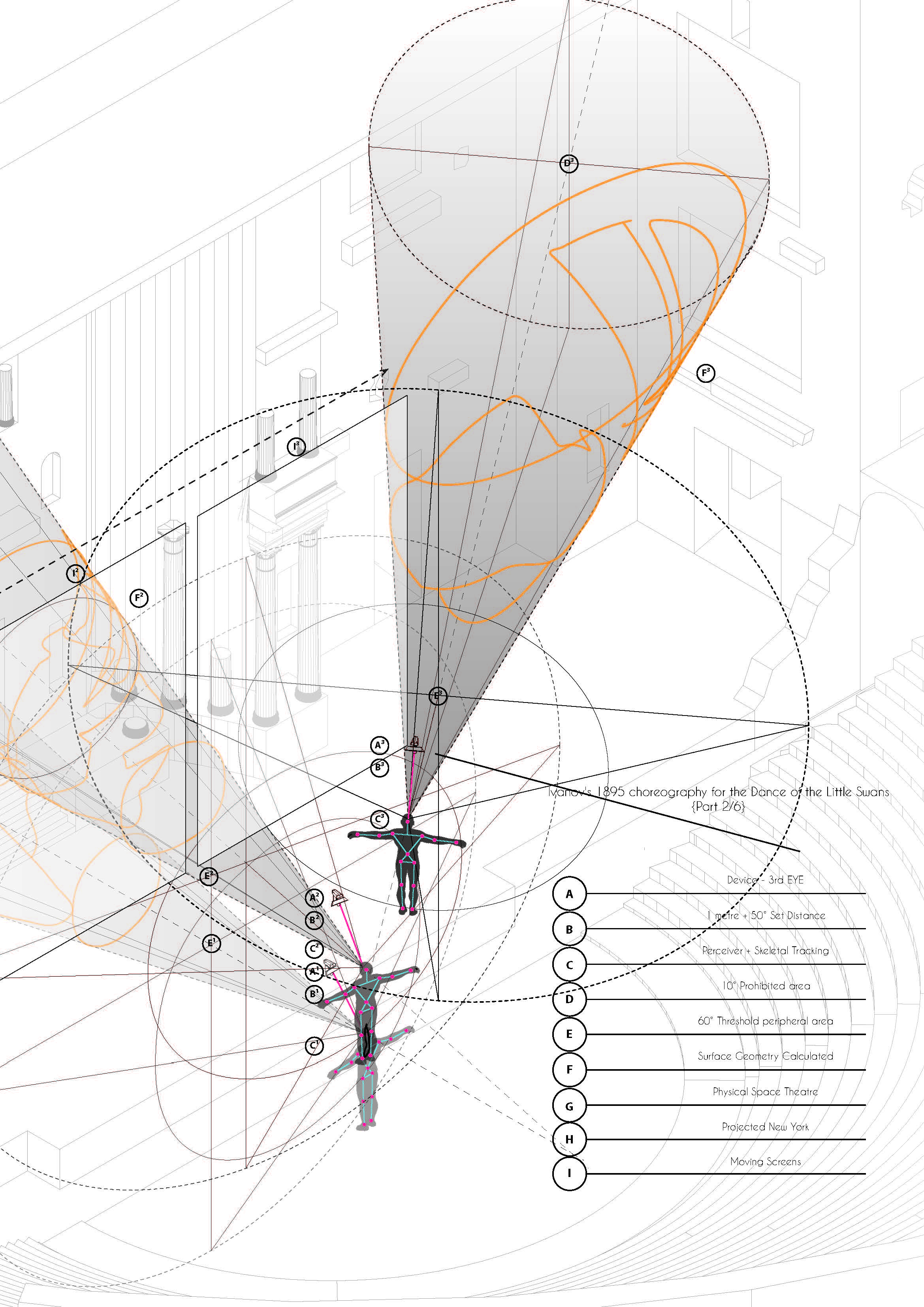